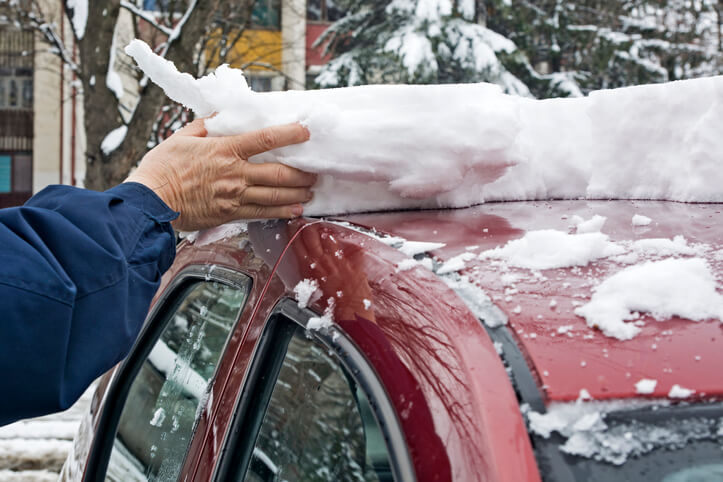 A recent headline caught my attention:  “Close call:  Woman’s Windshield Shattered by Ice that Flew off Another Vehicle.”  We, as Central Pennsylvanians, are accustomed to dealing with winter weather, but many of us take short cuts following a snow or ice storm by failing to remove ice and snow from our vehicles.  Most drivers do not either know or appreciate the consequences of not removing snow or ice from their vehicles prior to driving.

Pennsylvania law makes it a summary offense for failure to remove any obstruction from a driver’s windows.  The fine is small ($25.00) but the consequences of not doing so could be life altering to everyone involved.  Similarly, Pennsylvania law subjects drivers to a fine of not less than $200.00 and no more than $1,000.00 for snow and ice that becomes dislodged or falls from a moving vehicle that causes death or serious injury.  If snow or ice dislodges and causes an accident involving serious injury or, worse yet, death, to another motorist or pedestrian, a fine is the least of the driver’s worries.

During the winter months, ensure that you are protecting yourself and others by taking the extra five minutes to remove ice and snow from your vehicle following a winter storm.  The consequences of not doing so could be severe.