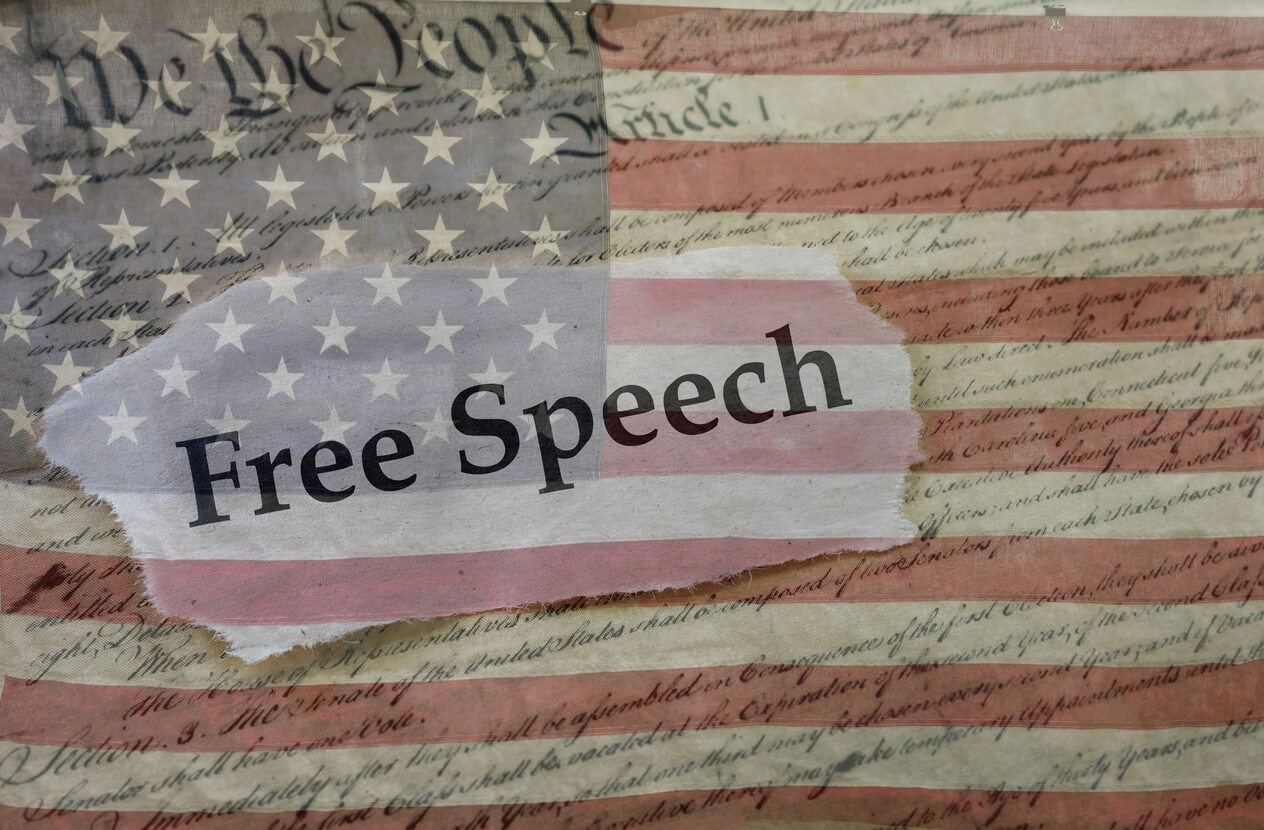 Those are the words that Mayor Dwayne Cole of Munford, Tennessee used to describe the public displays of profane political statements that have caused stir across the United States in recent months. For better or for worse, almost every Constitutional lawyer and scholar in America would likely agree with Mayor Cole. Munford is one of more than a dozen municipalities that have garnered recent national attention for their attempts to regulate distasteful political yard signs, banners, and flags that express dissatisfaction with political figures. One case, which began as a simple zoning violation, went as far as the New Jersey Superior Court before it was dismissed. Those local governments that have sought to neutralize the ill-effects of such polarizing political statements all have met a common barrier: the United States Constitution.

It is no secret that political tension has been on the rise in recent years. Authorities in municipalities—e.g., Jackson, MI, Long Beach, NY, Plymouth, CT, Munford, TN, and Erie, PA—have consulted with their local solicitors about restricting the display of vulgar and profanity-laced political statements, only to find out there is virtually nothing they can do about them, because of the substance of the messages being conveyed.

Attorneys in most of the headline stories derived their arguments from the United States Supreme Court’s landmark First Amendment decision in Cohen v. California. In Cohen, the Supreme Court held that vulgar political statements, although offensive to some, are protected by the First and Fourteenth Amendments to the United States Constitution. The First Amendment prohibits the federal government from restricting the rights of free speech and free expression of ideas while the Fourteenth Amendment applies that prohibition to state and local governments.

Cohen is still the standard for First Amendment protections against which restraints on private citizens’ political speech are tested, and many attempts to land in the gray area of its interpretation have failed. Courts have even relied on Cohen to strike down local and state ordinances seeking to regulate vulgar and profane political speech reasoned on proximity to schools and exposure to impressionable youth. Alas, even the most noble attempt to recalibrate the public’s moral compass has not been able to overcome the Cohen Court’s opinion that “the State has no right to cleanse public debate to the point where it is grammatically palatable to the most squeamish among us.”

The United States Supreme Court is the highest authority for interpreting the United States Constitution, and its purpose is to preserve the rights of the American people as provided for in the Constitution. Thus, although the thought that such reprehensible speech deserves protection may seem unpalatable, the reason the Cohen decision has withstood the test of time is because of the foundational social and political principles upon which it rests. On more than one occasion, the Supreme Court has opined that the government should not decide who gets a voice in the public forum, nor should it have the power to determine what ideas are or are not acceptable. Instead, the American people have “the right to criticize public men and measures,” which includes “not only informed and responsible criticism but the freedom to speak foolishly and without moderation,” and that “no other approach would comport with the premise of individual dignity and choice upon which our political system rests.”

Should you have any questions about First and Fourteenth Amendments to the United States Constitution, please do not hesitate to reach out to one of the Municipal Law attorneys at Stock and Leader.