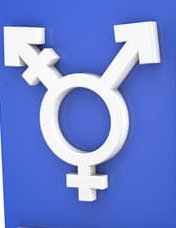 With the 2017-2018 school year well on its way, the Trump Administration has yet to release new guidance regarding transgender students’ rights.  In the meantime, the federal courts have provided some clarity by ruling for or against various approaches implemented by school districts across the country.  Most recently, the United States District Court for the Eastern District of Pennsylvania weighed in after a lawsuit was filed by four students against the Boyertown Area School District (“District”).

The lawsuit, backed in part by the Alliance Defending Freedom, sought to prevent the District from allowing transgender students to use bathrooms and locker rooms consistent with their gender identity.  The Plaintiff students alleged that the District’s practice violated their constitutional right to privacy and Title IX’s prohibition against sexual harassment by creating a hostile environment. The court, however, denied the preliminary injunction, finding that the Plaintiffs were not likely to prevail on the merits of their case.

Complaints were filed with the District’s administration after three of the Plaintiffs encountered a transgender student in a locker room or bathroom.  On separate occasions, two of the Plaintiffs claimed to have seen a transgender male student in the locker room while in their underwear.  Another Plaintiff claimed that she saw a transgender female student in the girls’ bathroom, but both were fully clothed.  The final Plaintiff heard of these occurrences and, as a result, decided to use the District’s bathrooms as infrequently as possible.  To help alleviate the affected Plaintiffs’ concerns, the administration offered alternative changing arrangements to guarantee their privacy while changing.

Rejecting the District’s offer, the Plaintiffs filed suit alleging that the District violated both their constitutional rights and Title IX.  They claimed that it violated their “fundamental right to bodily privacy from persons of the opposite sex,” regardless of whether “the intimate areas of their bodies [were] exposed,” because it “departs from ‘our universal tradition,’ which separates privacy facilities . . . based on biological sex rather than on an individual’s ‘subjective perception’ of their own gender.” Additionally, they claimed that such a practice automatically amounted to sexual harassment because transgender students were allowed to use “the privacy facility of the opposite biological sex.”

The court rejected the Plaintiffs’ attempt to broadly define their constitutionally protected privacy interest.  Furthermore, the court found that since there were no instances where a student was forced to involuntarily expose his/her body to another student, transgender or otherwise, and the District implemented “privacy protections and available alternatives for uncomfortable students,” the Plaintiffs failed to show how the District infringed upon their privacy rights.  With regards to Title IX, the court rejected the Plaintiffs’ hostile environment sexual harassment claim because both male and female students were treated equally, and, as such, “there can be no discrimination when everyone is treated the same.”

This case, Doe v. Boyertown Area School District, mirrors what appears to be the national trend whereby courts will respond in such a manner that protects the rights of transgender students to use facilities based on their gender identity.  This was true in June when the United States Court of Appeals for the Seventh Circuit upheld a district court’s decision to grant a preliminary injunction ordering a Wisconsin school district to permit a transgender student to use the bathroom based on his gender identity.  In response, the school district filed a petition for certiorari with the Supreme Court of the United States.

While we wait to see if the Supreme Court will finally weigh in on this issue, the national trend supports our steadfast advice:  continue to provide accommodations to transgender students on an individualized basis.  Where applicable, this may include providing access to bathrooms and/or locker rooms consistent with a student’s gender identity.  Providing alternative privacy arrangements for all students will help ensure that other students’ rights are protected as well.  If your district has any questions or would like our advice for a specific situation, please do not hesitate to contact the School Law Group at Stock and Leader