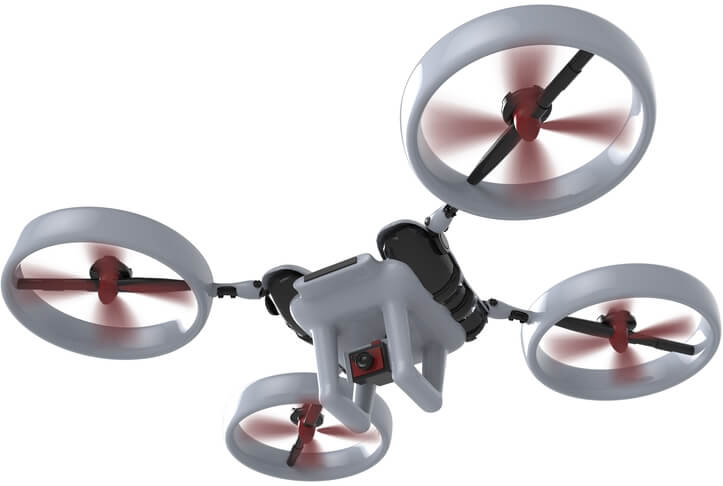 What’s the Deal with Drones?

Most people would agree that in the last few decades’ the use of technology has grown exponentially.  With this growth, individuals and businesses have struggled to use technology in a way that is both cost-effective for personal and commercial endeavors and compliant with local, State, and Federal rules and regulations.

One example of technology use and the legal struggles surrounding it is the commercial use of small unmanned aircraft systems, also known as drones.  What you may not know about drones is that they offer a variety of benefits for property owners.  That’s right, drones are commonplace among property owners and realtors hoping to capture some unique shots for the marketing and sale of a home. But it doesn’t stop there. Members of the agricultural community are reaping the benefit of drones, too, by utilizing the advanced technology for things like soil monitoring, grazing, and other farming-related activities on large swaths of farmland.  However, despite all the benefits, it’s important to keep in mind that drones can present certain security issues that create obstacles for local, State, and Federal governments.  Anyone remember the undetected drone that crashed into the South Lawn of the White House?

To give you some background, in the beginning of 2014, drones made headlines when the Federal Aviation Administration (FAA) levied a $10,000 fine against an individual who utilized a drone for commercial purposes.  The imposition of the fine, and more importantly, the legal battle that ensued, resulted in the commercial use of drones being left in a state of flux.  Following the 2014 court case, the FAA made clear that in order for a drone to be used for commercial purposes, its operator must meet certain professional standards and qualifications, including possessing a valid pilot’s license and filing a flight plan prior to operation of the drone.  As a result, individuals either shied away from the commercial use of drones, or simply paid no attention to the FAA requirements – even in the face of civil penalties for violations of up to $27,500 and criminal penalties of up to $250,000 and/or up to three (3) years in prison.

In August of 2016, the FAA’s long awaited rule on drones took effect.  Although the rule softened the requirements (i.e. no pilot’s license and no flight plan filing), it did impose other requirements. For example, a drone operator (known as a “Remote Pilot in Charge” or RPIC) must: 1) be at least 16 years of age; 2) be able to read, write, and understand the English language; 3) have sufficient physical and mental capacity to allow for the safe operation of the drone; 4) pass an initial aeronautical knowledge test; and 5) pass a recurrent aeronautical knowledge test every succeeding twenty-four (24) months.

Keep in mind, this is not an exhaustive list, but it does demonstrate a few of the physical and licensure requirements for drone operations and usage.  Additionally, the drone itself must be less than fifty-five (55) pounds, have a maximum speed of 100 miles per hour, cannot be flown higher than 400 feet above the ground (with limited exceptions), can only be operated during daylight hours, must be operated within the visual line of sight of the RPIC, and cannot be operated from a moving vehicle or aircraft.  The penalties for violations remain the same.

It is also important to note that although the FAA has set minimum requirements, some of which are listed above, the operation and usage of drones must also be done in compliance with any local or State laws.  This includes any limitations imposed by local zoning ordinances, which will often impose more restrictive requirements than those established by the FAA.

Even in light of these requirements, many drones offer a wide variety of benefits for commercial use. If the requirements seem too daunting, don’t worry, there are businesses that employ drone operators who maintain sufficient licensure and credentials, and offer drone services for a fee.  For those that wish to do it themselves, it is important to know the local, State, and Federal laws governing drone usage in your State before engaging in any commercial use of small unmanned aircraft systems.