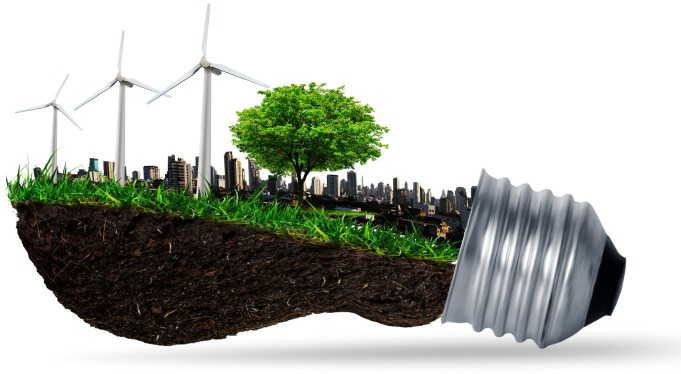 “The future ain’t what it used to be.”

The Eagles won the Super Bowl. (That bears repeating: The Eagles won the Super Bowl.) The Flyers and the 76ers made the playoffs (and the Sixers actually won a series). And the Phillies are above .500, at least at the time of this writing. The future certainly ain’t what it used to be for Philadelphia sports. The same can be said for Pennsylvania environmental law. While Philadelphia’s sporting teams have spent the last year making themselves relevant again, Pennsylvania’s Environmental Rights Amendment (“ERA”), Article I, Section 27 of Pennsylvania’s Constitution, has in the last year gained the relevance its framers had originally intended. Thanks to the Pennsylvania Supreme Court’s June 2017 decision in Pennsylvania Environmental Defense Foundation (“PEDF”) v. Commonwealth, 161 A.3d 911 (Pa. 2017), over 40 years of Pennsylvania jurisprudence on the ERA has been turned on its head. What the Supreme Court’s decision portends for state and local governments, businesses, and environmental protection in general is unclear. What is certain, though, is that things ain’t what they used to be for Pennsylvania environmental law.

The ERA was added to Pennsylvania’s Constitution in the bygone era of true bi-partisanship. It had the unanimous approval in two sessions of the General Assembly and passed by a 4-1 voter margin in 1971. It is noteworthy that the ERA was placed in Article I of the Pennsylvania Constitution, enshrining it alongside other basic rights, such as the freedom of speech, freedom of religion, and the right to bear arms. The ERA provides:

“The people have a right to clean air, pure water, and to the preservation of the natural, scenic, historic and esthetic values of the environment. Pennsylvania’s public natural resources are the common property of all the people, including generations yet to come. As trustee of these resources, the Commonwealth shall conserve and maintain them for the benefit of all the people.”

The early innings did not go well for the ERA. As popular as it was at its inception, the ERA soon slid below the proverbial legal Mendoza Line. (The Mendoza Line is a baseball expression, derived from shortstop Mario Mendoza, whose poor batting average defines the threshold of incompetent hitting, specifically below .200.) In 1973, the Commonwealth Court established in Payne v. Kassab, 312 A.2d 86 (Pa. Cmwlth. 1973) a three-prong test for analyzing challenges based on the ERA. Under this test, courts asked:

The application of this test rarely, if ever, led to the reversal of a governmental action.

The real game changer for the ERA came in 2017 after a change in the make-up of the Court following the 2015 election. In PEDF, a majority of the Court largely adopted the reasoning of the Robinson Township plurality. The case involved a challenge to the Commonwealth’s practice of funneling money obtained from leasing state forest and park land for Marcellus gas extraction to the General Fund. The PEDF Court threw out the Payne test as “unrelated to the text of Section 27 and the trust principles animating it,” stating that the test “strips the constitutional provision of its meaning.” The Court held that “the proper standard of judicial review lies in the text of Article I, Section 27 itself as well as the underlying principles of Pennsylvania trust law in effect at the time of enactment.”

The Court recognized that the ERA established two basic principles. The first sentence is a prohibitory clause that created an individual right in a clean environment and “places a limitation on the state’s power to act contrary to this right, and while the subject of this right may be amendable to regulation, any laws that unreasonably impair the right are unconstitutional.” Next, the Court stated that the ERA acknowledged the people’s common ownership of Pennsylvania’s natural resources and the role of Commonwealth as trustee of those resources.

In far-reaching language, the Court noted several obligations that the Commonwealth has as the trustee for the natural resources. These include a “duty to prohibit the degradation, diminution, and depletion of our natural resources, whether these harms might result from direct state action or from the actions of private parties.” In addition, the Court stated that the Commonwealth “must act affirmatively via legislative action to protect the environment.” The Courts also noted that “all agencies and entities of the Commonwealth government, both statewide and local, have a fiduciary duty” as trustee to protect the corpus of the environmental trust. To extend the trustee notion even further, the Commonwealth Court, in a case subsequent to PEDF, allowed a claim that a private company/public utility exercising eminent domain powers, essentially a governmental function, assumes trustee responsibilities under the ERA to proceed. See Clean Air Council v. Sunoco Pipeline L.P., No. 1112 C.D. 2017, (Pa. Cmwlth. April 30, 2018).

PEDF and Robinson Township provide more questions than answers. For example, these cases involved challenges to certain legislation that allegedly ran counter to the ERA. The principles enunciated by the Court in these cases do not easily translate to evaluating specific actions taken on an almost daily basis by local and state governmental entities, particularly the Department of Environment Protection (“DEP”). It remains an open question regarding what DEP must do to comply with the dictates of the Supreme Court. For example, we know that the Payne test is out, therefore mere compliance with environmental statutes and regulations is not necessarily enough to satisfy constitutional requirements. But is more always required?

Also, does the ERA guarantee an absolutely pristine environment? The Environmental Hearing Board, which hears appeals of final DEP actions, addressed this question shortly after the PEDF decision. See Center for Coalfield Justice v. DEP, 2017 EHB 799. The EHB expanded upon the Robinson Township plurality’s statement that the ERA “does not call for a stagnant landscape; nor . . . for the derailment of economic or social development.” Accordingly, the Board distinguished between DEP actions that “impact” the environment, as opposed to those that result in an “impairment.” The former do not violate the ERA, while the latter do.

In addition, the role of local governmental entities under the ERA remains to be defined. There is no question that local governments are subject to the ERA’s requirements and are co-trustees of public resources within their boundaries. Does this mean that an environmental impact analysis must accompany every zoning or land development action a municipality takes under the Municipal Planning Code? Probably not, but there certainly could be a subclass of matters for which a more detailed analysis of environmental impacts is necessary. Therefore, businesses should be prepared in such cases to consider the need for more detailed analysis of environmental impacts when seeking governmental approvals at the state or local levels.

Cases raising ERA challenges are now commonplace in the EHB’s docket. There are a number of cases before the Commonwealth Court and Supreme Court that will further define the requirements of the ERA. Courts and environmental litigators will be debating these issues for years. In the interim, uncertainty will be the norm. Those counseling business and governmental clients would be well advised to thoroughly discuss the potential impacts of the newly expanded ERA on any anticipated projects impacting the environment that will require governmental approvals. And stayed tuned. The evolution of the ERA could go into extra innings.

Reprinted with permission from the July 31, 2018 issue of The Legal Intelligencer. © [2018] ALM Media Properties, LLC. Further duplication without permission is prohibited.  All rights reserved.