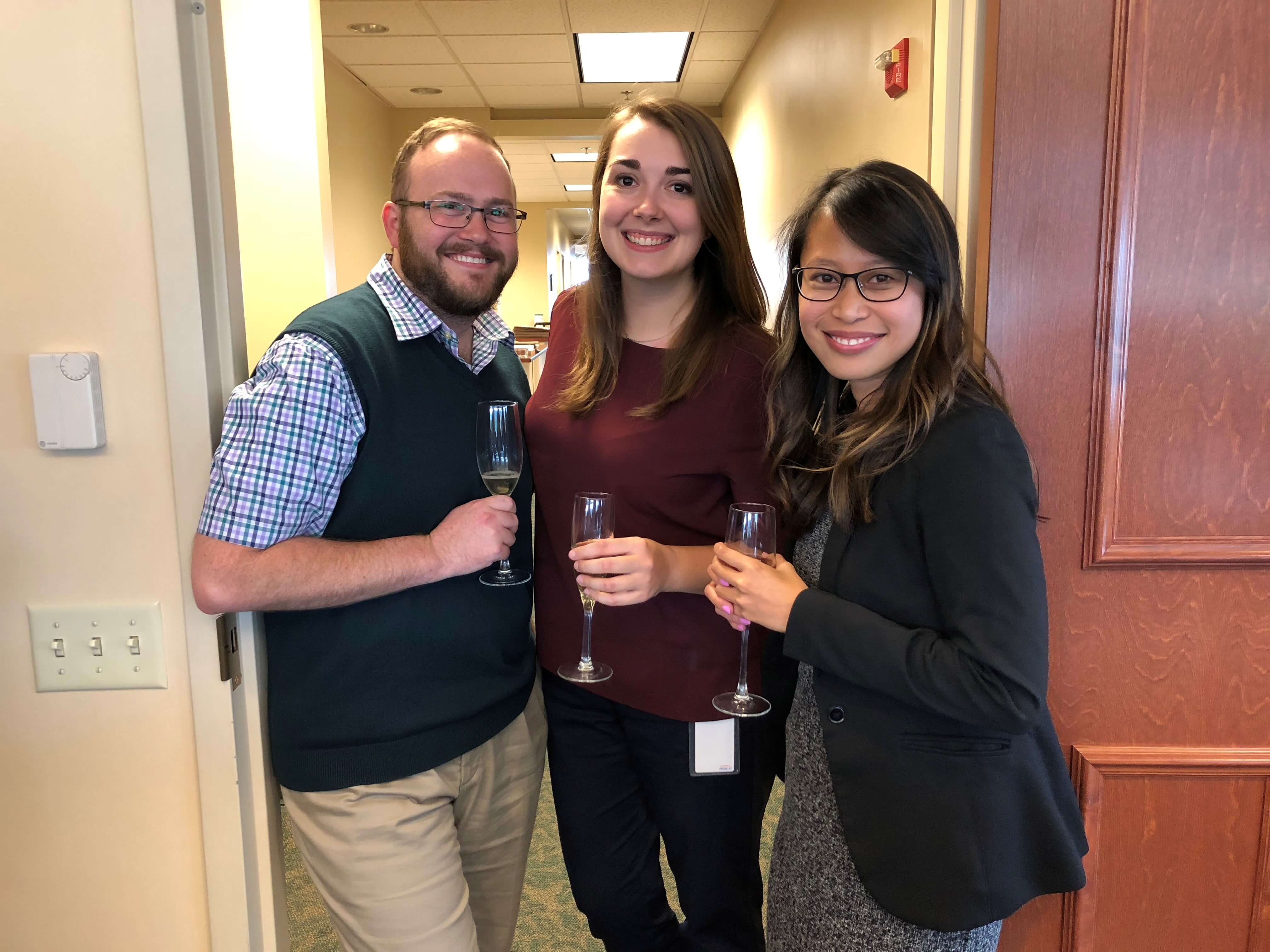 We’re excited to announce that three new attorneys have joined the firm!  Get to know the newest members of our team…

Chris joins the firm’s School Law Group focusing his practice in all areas of public education.

A Texas native, Chris received a B.A. in History from Southern Arkansas University in 2013. He then earned a Juris Doctorate in 2018 from The Pennsylvania State University Dickinson School of Law where he served in a variety of leadership positions including Vice President of the Student Bar Association, Secretary of the Women’s Law Caucus, and Treasurer of the Phi Alpha Delta Law Fraternity. Also during his law school career, Chris spent six months in Nijmegen, Netherlands where he pursued a Master of Laws degree from Raboud University.

Maria joins the firm’s School Law Group focusing her practice in all areas of public education.

Born and raised in the Philippines, Maria came to the United States in 2010 after earning B.S. degrees in Environmental Science and Management Information Systems from the Ateneo de Manila University. She worked for several years in the financial services and health insurance industries in areas related to governance, process analysis, and policy and procedure development. She went on to receive a Master’s degree in Knowledge Management and Information Architecture from Kent State University.

Maria then enrolled at The Pennsylvania State University Dickinson School of Law where she graduated with her Juris Doctor in 2018. During her time in law school, she served as a Comments Editor for Dickinson Law Review as well as the Secretary of the Asian Pacific American Law Students Association.

Victoria is a member of the firm’s Real Estate and Municipal Groups focusing her practice in the areas of buying, selling and refinancing property as well as general municipal law.

In 2015, Victoria received a Bachelor of Arts in English and a Bachelor of Arts in Public Relations from The Pennsylvania State University, where she was named a Paterno Liberal Arts Undergraduate Fellow and a Schreyer Honors Scholar. She went on to earn her Juris Doctorate in 2018 from William & Mary Law School in Williamsburg, Virginia. While there, she served as the Symposium Editor of the William & Mary Law Review and the Chairwoman of the Public Service Fund. Her internship experience includes several positions with the Department of Justice in Washington, D.C., as well as a semester with the Virginia Office of the Attorney General.