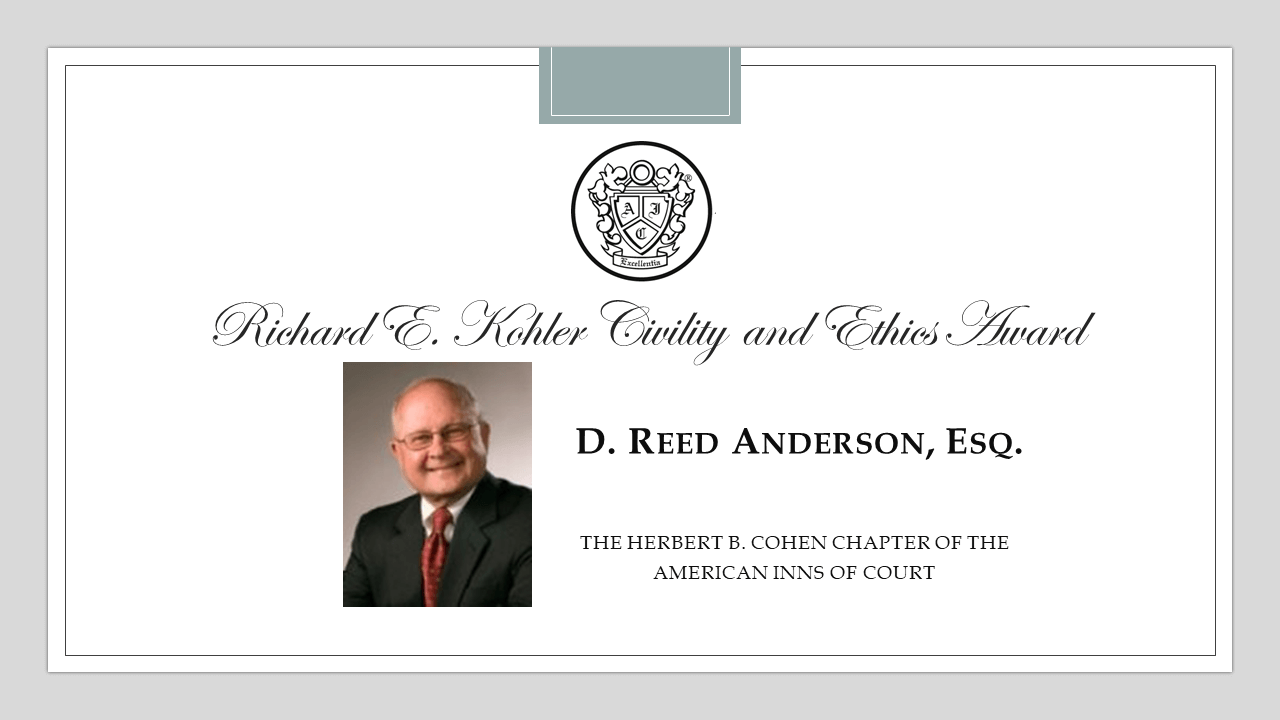 On August 6 and 7, 2021, as we celebrated the life of our departed colleague, D. Reed Anderson, we were once again reminded of how impactful his contributions truly were on our local communities.

This award is given annually to an attorney or Judge who has held themselves to the highest standards of ethics and civility. During a recent Inns of Court meeting, the Honorable Judge Michael W. Flannelly praised Attorney Anderson for his lifelong practice:

“Reed had a long and distinguished career in the law before his untimely death earlier this year. As was most attorneys of his generation, Reed was a general practitioner at the start. His focus in his later years was in real estate, estate planning and estate administration.

You may say Reed had some work/home life boundary issues. His daughter, Jody remembered that Reed would be approached at any time or place in the southeastern York County area. Reed would handle all these unsolicited requests for legal advice with patience and respect.

I got to work with Reed on some issues when I was County Solicitor. You could not help but be impressed with his grasp of the issues and his ability to find practical solutions to thorny problems. In addition, Reed was unfailingly kind and courteous.”

“Reed had a wide-ranging list of community experiences. His ability to provide equal respect to all people allowed him to be accepted in any situation. In addition, his commitment to civility and professionalism did not waiver in any case.”

“I practiced law with Reed at Stock and Leader for more than 50 years. The Herbert B. Cohen Chapter of the Inns of Court award confirms his distinguished career in the legal profession. His leadership in his community and his church was equally distinguished and celebrated. Reed’s life was a model of achievements: his death for all of us was an unimaginable loss.”