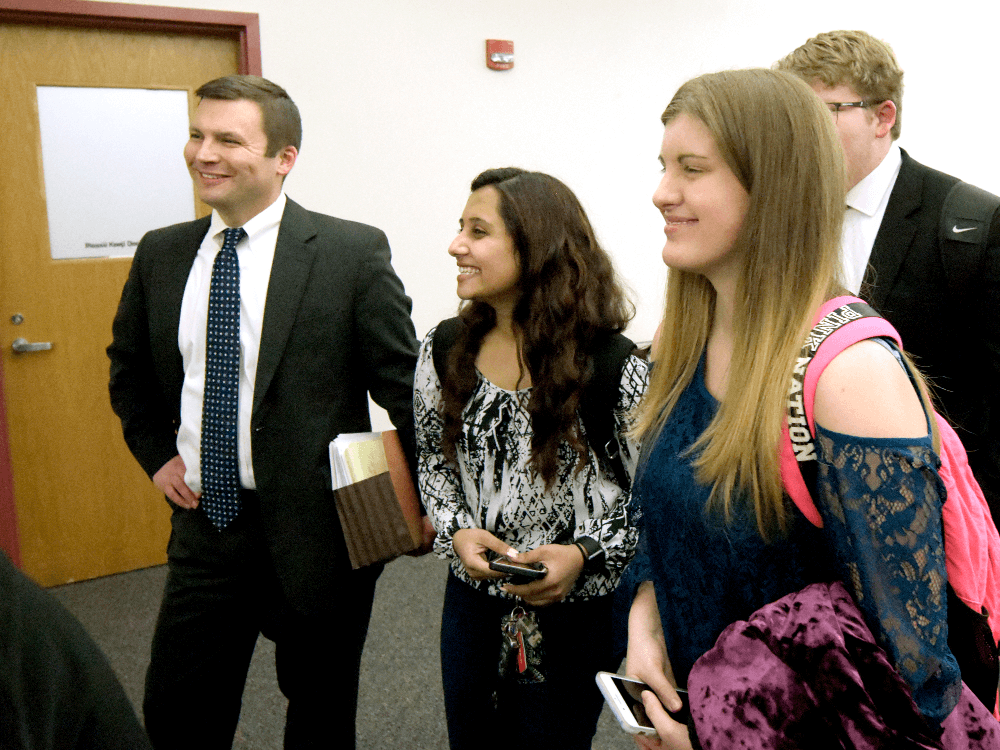 Roughly a decade ago, Attorney Gareth Pahowka traded in his teaching certificate for a law degree and began working in Stock and Leader’s School Law Group representing local school districts.

But despite his career change, his passion for working with students never really went away.

That’s why for the second year in a row, Gareth has been working with nearly 20 Central York School District students as part of a law mentoring program that he developed with the district’s administration last year.  The 4-month program features a mock trial that allows students interested in pursuing a career in law to develop professional workforce skills.

“Some students participate in the debate team, but that’s optional,” Gareth said. “Not every student (goes) through high school learning to grow in areas such as communication and public speaking.”