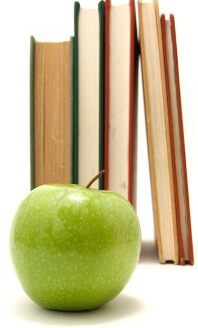 On Tuesday, May 3, U.S. District Court Judge John E. Jones III ruled that the Central York School District’s disciplinary suspension for a message posted on Facebook from home did not violate a student’s First Amendment rights.

Following a bomb threat on the morning of October 23, 2013, the District’s high school was evacuated, approximately 20 officers from the Springettsbury Township Police Department responded, the State Police Canine Unit performed a full search of the premises, and students were sent home for the remainder of the day. Later that morning, “R.L.”, a student (and, with his parents, Plaintiffs in the litigation), posted the following message on Facebook: “Plot twist: bomb isn’t found and goes off tomorrow.” Shortly thereafter, Springettsbury Police notified the District Administration of the Facebook post.

The District’s subsequent investigation ultimately led to a 23 day suspension of R.L. which the Plaintiffs challenged as a violation of the student’s First Amendment rights of “free speech”, claiming (among other issues) that the District could not discipline a student for conduct/”speech” that occurred off-campus.

While it is well established that schools can discipline students for conduct that results (or is reasonably predicted to result) in substantial disruption or material interference with school activities, the law has been less clear with respect to “off-campus” and/or “internet” speech. By ruling in favor of the District, Judge Jones has now made clear that the mere fact that a message is sent from an off-campus site does not provide an otherwise disruptive communication with First Amendment protection. Citing the numerous school shootings over recent years, Judge Jones stated: “there can be no doubt that schools, parents and students must take any suggestion of a bomb threat very seriously and with great cause for concern.”

Stock and Leader has served as the Solicitor for the Central York School District for more than 60 years and, in this case, Michael King served as Lead Counsel, with assistance from Gareth Pahowka and School Group Practice Chair Brooke Say. When asked about the impact of this ruling, King responded: “We view this as a very significant decision for public school districts and one that serves to clarify what we have long thought was the only “common sense” approach to the critical need to insure the safety and security of students and staff in the schools. In terms of the practical consequences, there is simply no way to make a rational distinction between a handwritten note that says “bomb goes off tomorrow” that may be left in a school restroom, and a Facebook post that says exactly the same thing. Indeed, Judge Jones noted that the post in this case was “instantaneously viewable by all (approximately 300) of R.L.’s Facebook “friends” and thus “could be even more disruptive to a school than on-campus speech.”