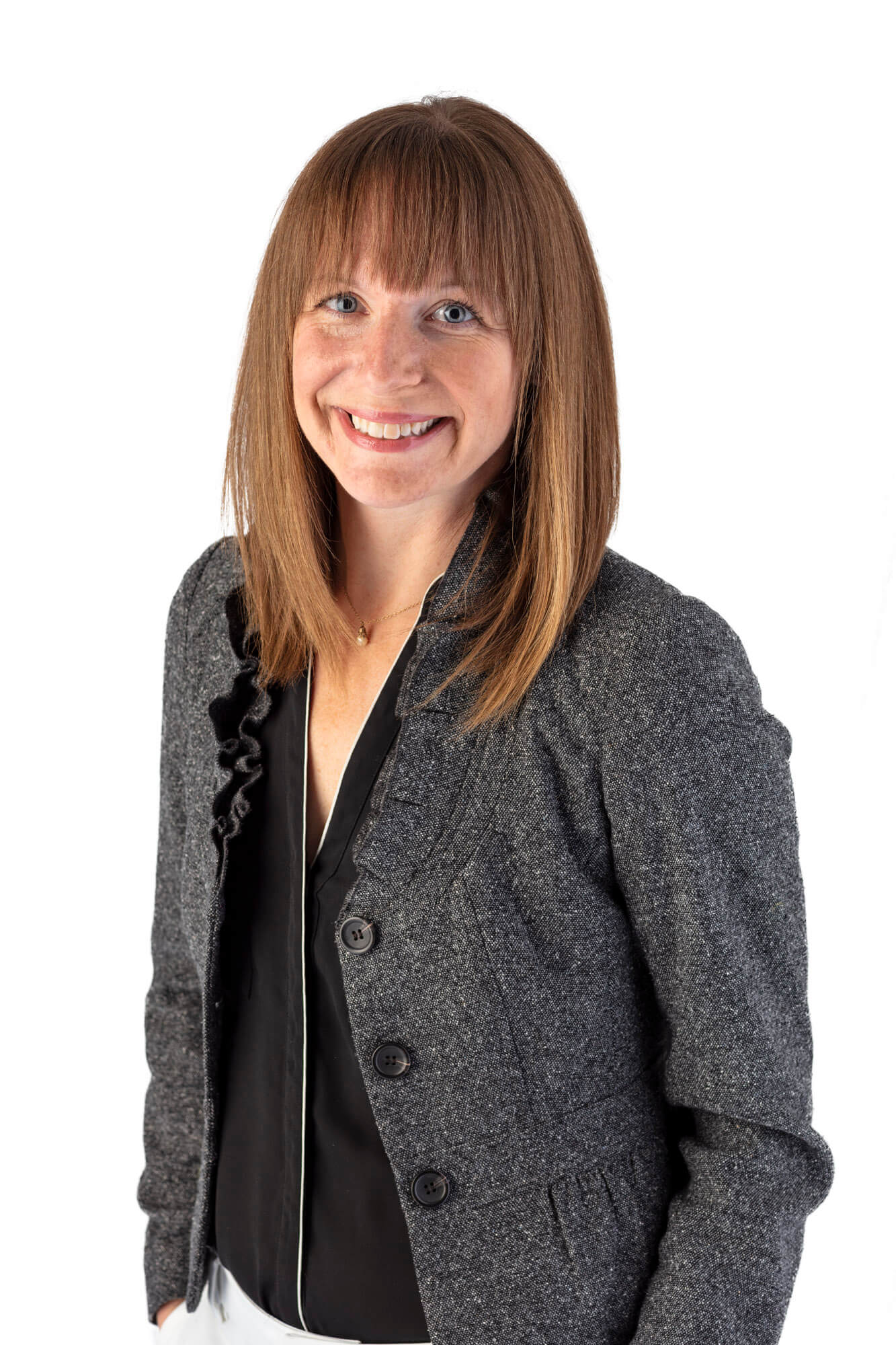 Reprinted with permission from the August 9, 2022, edition of the THE LEGAL INTELLIGENCER© 2022 ALM Media Properties, LLC. All rights reserved. Further duplication without permission is prohibited.

It’s a safe bet to suggest that we all, at one point in our lives, have put on an item of clothing or some accessory that has made us feel something – immensely proud, out-of-place, nostalgic, “official,” confident, etc.  Even before we selected our own clothes to wear, our parents were robing us in articles of clothing that reflected something – a holiday, beachwear, party-time, or birthday milestones. Throughout history, and to this day as well, what people wear and how they wear it reflects their economic place in society, an outlook, a perspective. From a public school perspective, dress codes are intended to ensure that items worn at school do not interfere with the health, safety, or welfare of any student. But as Tinker v. Des Moines, 393 S. Ct. at 503 (1969) taught us, students do not “shed their constitutional rights to freedom of speech or expression at the schoolhouse gate.”  In Tinker, the Supreme Court of the United States held that students could wear armbands in protest to the Vietnam War because their expression did not substantially disrupt the school environment. Because clothing is an expression of oneself, and because students do not shed their expressive rights at the schoolhouse gate, public schools must examine their student dress codes to be cognizant of those rights of expression and the liability of inconsistent and discriminatory enforcement.

Students’ challenges to dress codes enforcement increasingly focus on how alleged “distractions” caused by the prohibited apparel conflict with student expression and have no basis in ensuring the “safety and well-being” of students and the school.  Furthermore, many of the practical aspects of student dress codes are obsolete. Take, for instance, the restrictions against wearing hats to school.  Presumably there are two reasons to restrict the donning of a hat in the school building – the first being that the wearing of a hat indoors was, at one time, impolite and disrespectful.  But the next time you go to the supermarket, the movie theatre, or even the high school musical, take note of the number of people in the general public who wear a hat inside a building – yes, even inside that school building to watch the high school musical.  Another purported reason to restrict the wearing of hats is for the purpose of safety: whether to stifle any gang-affiliation in the school building or to ensure a student’s face is fully seen. Similarly, durags, most frequently worn by African American students intended to maintain their hair, are commonly prohibited – either as gang-affiliated attire or as an item that covers a student head. A blanket affiliation between durags and gangs is not only antiquated but inherently discriminatory.  Furthermore, if a group of students affiliated with a gang want to communicate through style and expression, banning one item of clothing merely encourages another item of clothing.  Practically speaking, when compared to an accessory such as a headband, how does a durag truly differ in function?

In addition to the implementation challenges to dress codes, various legal challenges highlight the protection of student expression as well as students’ nondiscriminatory rights. Consider N.J. v. Sonnabend, 37 F.4th 412 (U.S. 7th Cir. 2022), in which the two plaintiff students, each attending a different Wisconsin school district, wore a t-shirt with a handgun on the front and the language of a Wisconsin gun rights group on the back. Though neither were disciplined, they were told they needed to cover up the t-shirts, and did so. The Seventh Circuit held that the text and image of the handgun conveyed a political message and qualified as a form of protected expression. Determining that donning the t-shirt was student political expression and not student conduct, the Seventh Circuit revisited the Tinker analysis. Despite increased awareness and disquiet around school shootings, the Court held, “undifferentiated fear or apprehension of disturbance is not enough to overcome the right to freedom of expression.” N.J. v. Sonnabend, 37 F.4th 412 at 423 (citing Tinker v. Des Moines, 393 S. Ct. at 508).

Title VI of the Civil Rights Act of 1964 (“Title VI”), and Title IX of the Education Amendments of 1972 (“Title IX”) are the two primary nondiscrimination laws that are potentially violated through many of today’s common student dress codes.  While a student dress code might not seem discriminatory on its face, in practice, the results can be.  Take, for instance, gender. Student dress codes that ban tight clothing, prohibit glimpses of undergarments, or restrict skirt lengths disproportionately focus on female student attire as a whole, and then give license to administrators to “dress code” (call aside and/or discipline over a dress code violation) female students.

Consider, for instance, Peltier v. Charter Day Sch., Inc., 37 F.4th 104 (U.S. 4th Cir. 2022), in which the student dress code at issue required, among other things, female students to wear a skirt, jumper, or skort; male students to wear shorts or pants. Failure to comply with the dress code could result in disciplinary action, including notification to parents, removal from class to comply with the dress code, or even expulsion. The founder of the Charter Day School (“School”) explained that the dress code requirements were in place “to instill discipline and keep order” among students. As he explained to the named Plaintiff, “The Trustees, parents, and other community supporters were determined to preserve chivalry and respect among women and men in this school of choice.” Id. at 113. He later elaborated that chivalry is “a code of conduct where women are treated, they’re regarded as a fragile vessel that men are supposed to take care of an honor…[to] treat [] [girls] more courteously and more gently than boys.” Id. at 113. The Fourth Circuit held that the School’s dress code was a violation of the Equal Protection Clause because it impermissibly drew distinctions based on sex without a sufficiently persuasive reason and was “an example of a rationale based on impermissible gender stereotypes.” ­­­­­ Peltier v. Charter Day Sch., Inc., 8 F.4th 251 at 278 (U.S. 4th Cir. 2021). The Fourth Circuit then remanded the case, directing the lower court to analyze the student dress code under Title IX, and therefore overlooking the School’s position that Title IX does not apply because it does not explicitly reference dress codes. The Fourth Circuit held that because Congress included specific exceptions to Title IX, the failure to explicitly exclude “sex-based dress codes does not suggest that such [student dress code] policies are beyond the reach of the statute.” Id.

Continuing with antiquated dress codes that in practice and on their face discriminate against students and restrict freedom of expression increase any public school’s liability under an Equal Protection Clause/Title IX claim. Furthermore, consider the necessary investment in professional development to ensure that all teachers enforce the dress code consistently and uniformly.  Consistent enforcement means that every teacher in a given school building will know, for example, the length of skirt that is too short and will take time out of classroom instruction to address the alleged violation. As a result, it ends up being the first period teacher burdened with enforcement. Consistent enforcement means that a male student with boxers showing above the waist of his jeans, for instance, will be dress coded as frequently as the female student who may have a bra strap showing, in parallel to the shirt strap she is wearing.

Public schools should reconsider their dress codes to restrict only those items that create a substantial disruption under the Tinker standard, pose a hazard to the health or safety of others, or factor into a student behavior rule, such as malicious harassment. Aside from those restrictions, public schools should let students feel the same sense of identity many of us feel when putting on attire. Otherwise, schools run the risk of stifling expression and/or disproportionately enforcing antiquated parameters. As Senior Fourth Circuit Judge Milano Kennan wrote in her Peltier v. Charter Day Sch., Inc. concurring opinion, “Left unanswered is the full spectrum of success that female students might have achieved if they had not been subjected to the pernicious stereotypes underlying the skirts requirement.  It is irrelevant how well these students performed despite carrying the burden of unequal treatment. We cannot excuse discrimination because its victims are resilient enough to persist in the face of such unequal treatment.” Peltier v. Charter Day Sch., Inc., 37 F.4th 104 at 135 (U.S. 4th Cir. 2022) (Emphasis in the original).