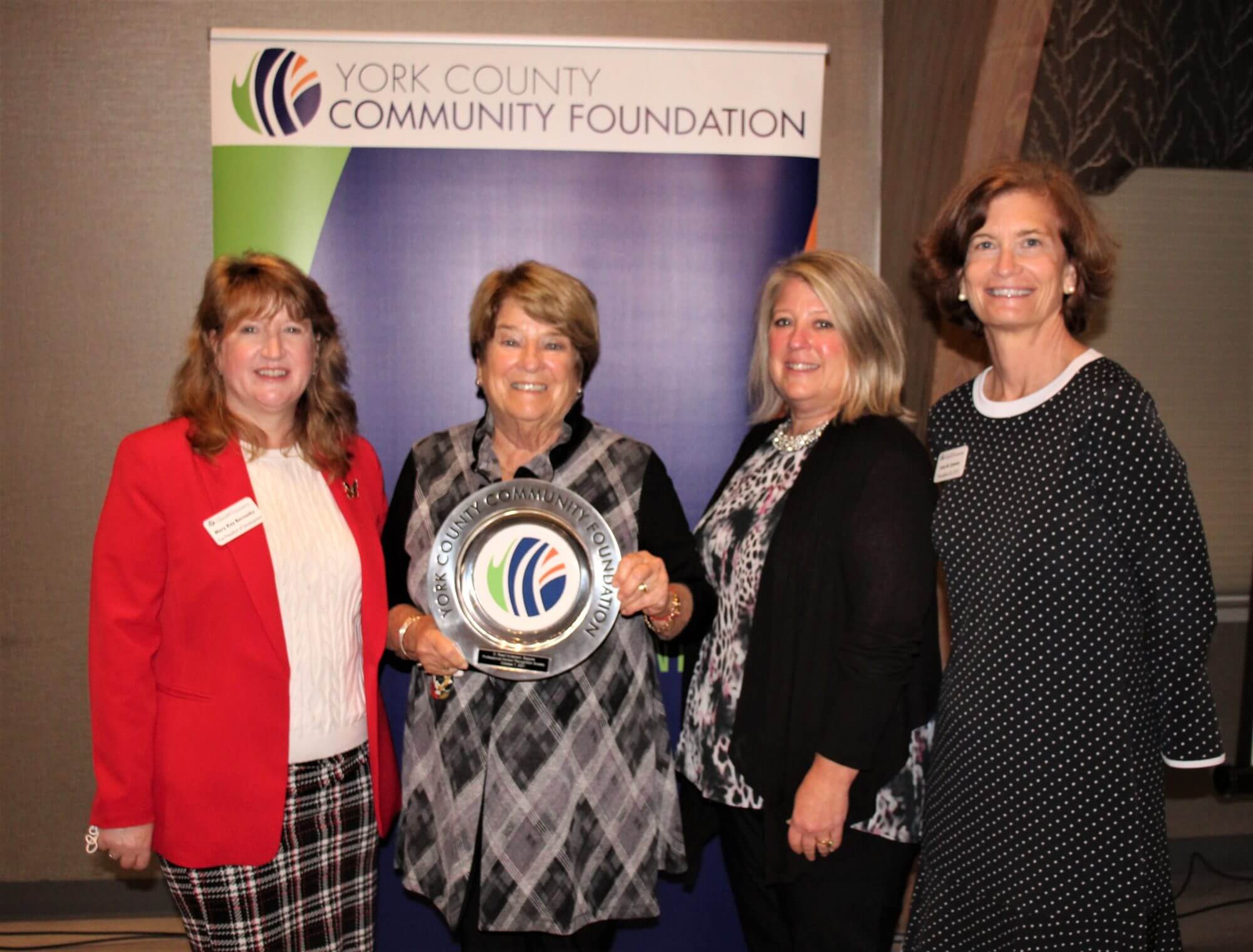 YCCF Kay Bernosky and President Jane Conover, flank Reed’s wife, Connie and his daughter, Attorney Jody Anderson Leighty, also a member of this society, who accepted the award on his behalf.

YCCF President Jane Conover shares, “Reed gave countless hours of service to his community. YCCF was lucky to have Reed on the board of directors from 1997 to 2005.”

Read the YCCF press release in its entirety here.