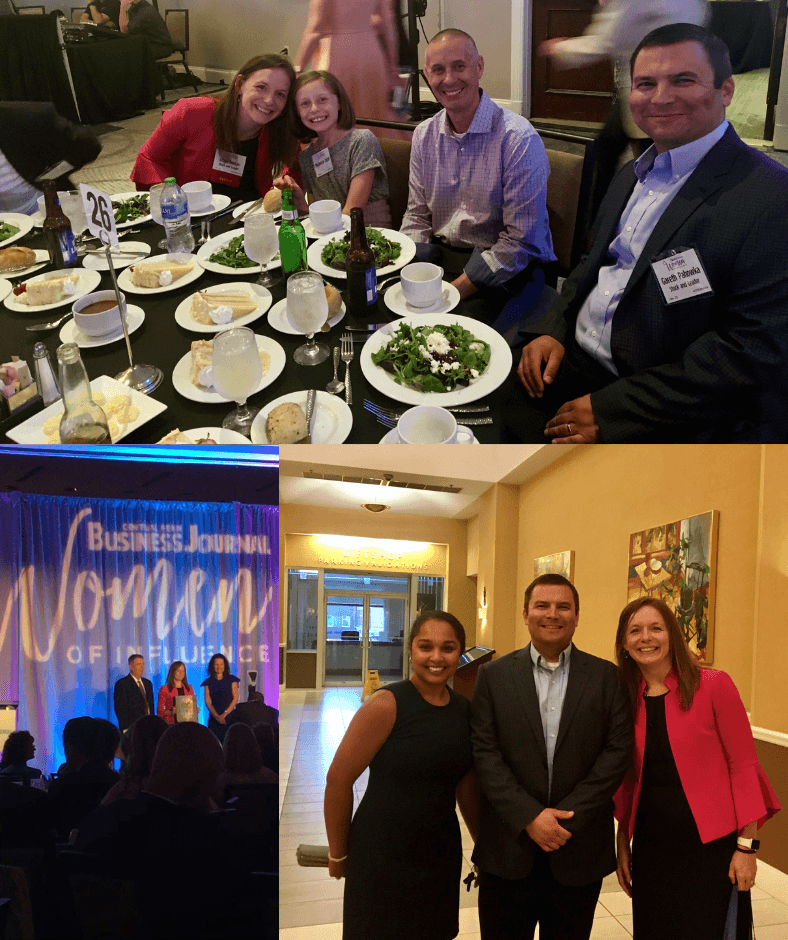 Central Penn Business Journal has selected Dr. Leigh E. Dalton, Esq., of the law firm, Stock and Leader as a 2022 Women of Influence honoree. Women of Influence honors high-achieving women for their career accomplishments. These women are selected based on their professional experience, community involvement, leadership and a commitment to mentoring.

Here is a glimpse of Leigh’s answers to some of the questions posed by the Central Penn Business Journal:

Summarize in two sentences what you do for a living and how you stand out from your peers:

Leigh: “I navigate the myriad of federal, state, and local laws, regulations, and guidance affecting public schools to advise school board members, central administration, building administration, and classroom staff with the ultimate goal of ensuring every student can reach the potential s/he deserves to experience. My approach to being successful in my career requires me to examine issues from all angles to assess the impact of my advice on not only school boards (my direct clients), but each school district’s students, employees, and parents and facilitate collaboration among other government entities such as Children and Youth, Juvenile Probation, and the courts.”

What do you consider your most significant professional accomplishment?

Leigh: “The development of the York County Youth Court Alliance – a youth-led, restorative practices, sentencing option allowing students charged with truancy to face a jury of student-peers who are trained to resolve the problems causing the absences from school, instead of going to court.”

Leigh was influential in overseeing the implementation and expansion of the York County Youth Court Alliance in three York County school districts. In 2019, the program received the “Program of the Year Award” from the International Association of Truancy and Dropout Prevention. In 2012, she was recognized as “A Person Who Matters” in York County for furthering the Youth Court, primarily funded by the PA Commission on Crime and Delinquency.

Please tell us how you engage in community involvement.

Leigh: “My family engages in family volunteer days at organizations such as HungerFree York; we regularly make chili for our church’s food pantry; I make donations to my daughters’ charities of choice for Christmas and birthdays; I keep extra food in my car to distribute to those who are on street corners; I serve as a volunteer on United Way’s Allocations Committee to make tough decisions about how to allocate funds to non-profits who so badly need the funding. As a Christian, I’m charged with loving others and to do so means that much of what I do is with the community in mind.”

Leigh is an integral part of the School Law Group at Stock and Leader, concentrating her practice in all areas of public education, including special education, student/pupil services, compliance monitoring, and student discipline.

School Chair Brooke E. D. Say has this to say about Leigh. “Leigh’s superior knowledge in pupil service support issues is a lived experience. Through her employment with United Way and later as both an education association, education agency, and school district attorney, she has demonstrated her deep commitment to helping youth and helping public school districts serve youth, particularly those who have attendance or disciplinary concerns. Her approach to this work is restorative and strategic, not litigious. She is recognized as an expert in supporting these often disenfranchised youth and their families through local and state-wide efforts.”

“Leigh brings a mindset to her work and her service that is relationship-building. Her capacity to listen carefully, ‘see the other side,’ and think outside a world of rigid rules is backed by her intellectual prowess. She understands and applies policy in action. However, she embraces the people that policy impacts.”