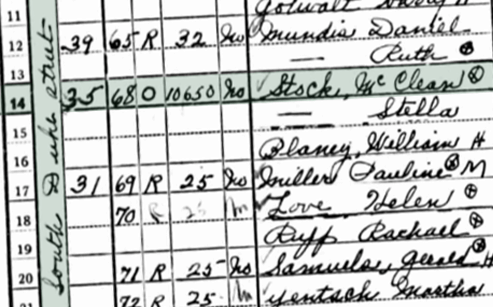 Our History: A Tribute to Our Founders

On September 1, 1903, a young attorney named McClean Stock began the practice of law.

A half century later, Stock hired an eager young attorney and Yale Law School graduate named Henry Leader who had just returned from military service in World War II. Together, they formed a partnership that would become one of the largest law firms in York County, staffed with nearly seventy professionals dedicated to providing unrivaled legal services to a broad range of clients.

Years after the formation of Stock and Leader came the passing of Judge Stock, and it was then up to Henry to carry on the firm’s legacy. A soft-spoken man with an ambitious spirit, he continued to build upon the firm’s sturdy foundation, adding more attorneys and practice areas to the quaint Duke Street office.

Leader was a visionary, a community activist, a progressive thinker and humanitarian. He had his hand in many ventures, from helping to revitalize York City through his involvement with the Redevelopment Authority, to his work in reviving the arts through the implementation of a $1 million dollar capital campaign for the York Little Theater. He served as Legislative Liaison for his brother Governor George Leader’s administration and there was a general consensus that he was critical to George’s time in office. He was also a firm believer that education was the key to building a better tomorrow for the City’s youth, and on that principle he worked to improve the educational climate for the students of York City School District through his work with the York City Dollars for Scholars (YCDFS). In 2007, the York County Community Foundation honored him for his commitment to education by establishing the Henry and Dorrie Leader Education Endowment Fund. Leader recognized the value of community involvement and under his leadership, Stock and Leader earned a reputation for being proactive in the community.

From its humble beginnings working out of Judge Stock’s townhouse on South Duke Street, to its current home atop the Susquehanna Commerce Center East on West Philadelphia Street, Stock and Leader has played an integral role in the growth and vitality of York County. Early in its history, the firm realized that the increasing complexity of legal issues meant that attorneys specializing in specific areas of the law could serve clients best.

Today, Stock and Leader has two branch locations to better serve our clients. We employ expert attorneys in all facets of law, including real estate and business transactions, estate planning, family law and municipal and school district representation. We are regularly recognized for our involvement in community organizations and activities. York and York County gave Stock and Leader the opportunity to thrive and now it’s our time to give that opportunity back to our clients.